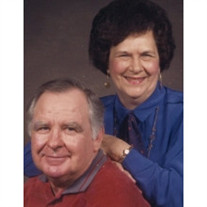 Buddy Woodrow Keesee Buddy Woodrow Kessee, 90, of Charleston, was reunited with his loving wife, Zelma Christy Keesee in heaven, September 21, 2018. He was born December 4, 1927, in Madeline Hollow/Corrine of Wyoming County, West Virginia, the youngest child of Jane Griffith Keesee and Nick Keesee. Yes Buddy's name was just the beginning, as Zelma would call him Bud, BW and on occasions Buddy Woodrow, his work friends would say, hey Greasy, and everyone at Fire Station #3, called him Tony. His favorite names were, Uncle Bud, Papa Greasy, Papa Boom Boom, and Dad. He honorably served his country in the the US Army during WWII as a Sgt. 1st Class, and the Marine Reserves during the Korean War. He retired as a member of Operating Engineers, Local 132 with WV Paving. He loved to hunt and fish 365 days of the year, and share his bounty, including beer battered crappie, squirrel gravy, frog legs and his famous deer jerky. He was a Roller Skater, Ice Skater, Pool Shark, Ping Pong Champion, Handyman, Vegetable and Rose Gardener, Watchmaker, Card Player, Song Writer, and last but not least, he was a Colorful Storyteller, that mesmerized his friends, family and total strangers, with his original script of rhyme verse and outdoor adventures, that you would never forget. He was a wonderful respected man that put his family first and felt obligated to teach his grandchildren life lessons, and to always be the best example of the golden rule. He was raised by his widowed Mom, 3 brothers, and 6 sisters, and they gave him the name Buddy, as the youngest of the family. He would become an honored veteran, heavy equipment operator, building West Virginia roads, faithful husband, loving Dad, irreplaceable Papa, and friend to countless others that hold a special place in their heart for a man of many talents. Survived by and honoring his legacy are; his sister, Maxine Johns; daughters, Zelma "Sissy" Summers Myers, and Brenda Keesee Ashworth and husband William; grandchildren, Danel Taylor and husband, Eric, Leah Jones and husband David, John "J.D. Hogg" Madden and wife, Gwen, Nick Ashworth and wife, Tiffany, Michael Ashworth and wife, Rachel; great-grandchildren, Jacob, Sean "Woody", Rebecca and Luke Taylor, Hunter Madden, Aliana and Liam Ashworth; countless nieces and nephews; wonderful neighbors, and friends in Jackson County, WV. Burial and services will be scheduled and announced at a later date. Cunningham-Parker-Johnson Funeral Home, Charleston is serving the Keesee family.

The family of Buddy Woodrow Keesee created this Life Tributes page to make it easy to share your memories.

Send flowers to the Keesee family.