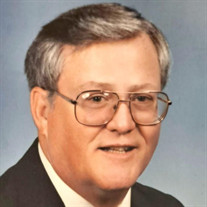 Elza “Rex” Rexford Moss, 81, of Charleston, WV, passed away peacefully at the home of his nephew and caregiver, Keith Dennis, with loving nieces and caregivers Rhonda Wilkinson and Redhonda Wilkinson by his side on Wednesday, March 17th, 2021. A celebration of his life and Christian faith will be held at 12:30 P.M. on Monday, March 22, 2021 at Cunningham Parker & Johnson Funeral Home in Charleston, with Rex’s Pastor and dear friend, Al Mendez, officiating. Burial will follow at the Donel C. Kinnard Memorial State Veteran’s Cemetery in Dunbar. Rex was born on November 6th, 1939, in Charleston, W, VA. He graduated from Sissonville High School and joined the Marine Corps shortly thereafter. Working his way up through the enlisted ranks, Rex retired as a Master Sergeant, with over 16 years of service. He had a distinguished career in the Marine Corps, earning many accommodations, and considered his time in service as one of his greatest achievements. After the Marine Corps, Rex returned to West Virginia and excelled at Dupont retiring after a 20-year career. Rex enjoyed a good old Western movie, Mountaineer football and basketball, but his great loves were faith, family, and golf. After retirement he could be found weekly on the golf course. He looked forward to and enjoyed the time he spent with his golfing buddies. He was devoted to and loved his family deeply and considered them the most important and valued thing on this earth. He was a genuine and deeply committed Christian, who cherished the Word, love of God, and His church. Faith was central to his life and his commitment to and membership at Goldtown Community Church were among the happiest and most fulfilling of times. Rex was a good decent man. He believed in personal responsibility and was a hard worker. His word was his bond. If he told you he would do something you could count on it. He had old school values derived from Christian principles. He had a loving heart and would not hesitate to tell you he loved you. Rex was not shy to tell people about the love of God. He wanted the best for everyone and believed with all his heart that salvation and peace can be found through faith in the Lord Jesus Christ. Rex is survived by his wife, Suzanne Moss; son, Michael Moss and his wife Carrie; his stepdaughters, Terri and Carrie Miller; Grandchildren, Jennifer Beyer and husband Christian, Robert and Scott Moss, Brooklynn and Jamie Miller; sister-in-law, Debbie Baertschi; nieces, nephews, cousins, and friends. He was preceded in death by his father, the Reverend Elza Moss, his mother Garnet Moss, his sisters Carolyn Sue Wilkinson and Brenda Moss, and his stepdaughter Kelley Miller.

Elza &#8220;Rex&#8221; Rexford Moss, 81, of Charleston, WV, passed away peacefully at the home of his nephew and caregiver, Keith Dennis, with loving nieces and caregivers Rhonda Wilkinson and Redhonda Wilkinson by his side on Wednesday, March... View Obituary & Service Information

The family of Elza Rexford "Rex" Moss created this Life Tributes page to make it easy to share your memories.

Send flowers to the Moss family.