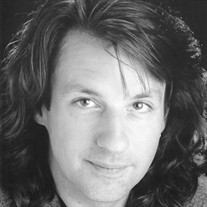 Robert Ross “Bob” Patterson died after a brief illness on July 30, 2020. Bob was born May 15, 1954 in Ronceverte, WV. He lived in Fairlea, WV, and Charleston, WV, during his childhood. As an adult, he lived in Dallas, TX; Savannah, GA; Atlanta, GA, and San Diego, CA, and moved back to Charleston in 2014 to retire near family. Prior to moving back to West Virginia, Bob served as the director of Georgia’s Certified Peer Specialist Project at Georgia Mental Health Consumer Network for six years. Wherever he lived, Bob was known for his quick wit and sense of humor on and off the stage. He began his acting career at age 12 performing in many local productions through the Charleston Light Opera Guild, Kanawha Players, and Children’s Theatre of Charleston. He also performed in George Washington High School’s theater and dance program. After graduation from George Washington, he joined the Barter Players at Barter Theater in Abdingdon, VA, which started his career as a professional actor, playwright, lyricist, composer, and director. In that time, he served six years as Artistic Director of the Savannah Theatre Company and as a puppeteer at the Center for Puppetry Arts in Atlanta. Additionally, Bob wrote and directed several original plays including "Guilty Secrets…A Soap Operetta," "Bookends," and "Personal Myths." Bob was preceded in death by his husband, John Godown; his niece Laura Thomas; and his parents Bob and Jean Patterson. He is survived by his sisters Caren Thomas of St. Albans, Becky Metz of Milton, his brother Bill (Shawn) Patterson of Charleston, two nieces (Clara Gray (Daniel) and Sarah Metz), two nephews (Joel Thomas (Jen) and Kirby Patterson), and one great-niece – Eliza Gray – with whom he was “entirely smitten.” Because Bob lived all over the country, the family is encouraging anyone who enjoyed Bob’s company through life, work or play to record and submit a tribute to [email protected] Tributes may be in song, performance, or story – anything that reminds you of Bob and would help the family to honor his memory. Tributes will be posted to Bob’s Facebook wall where everyone may enjoy them whenever they are reminiscing about his colorful life. To encourage future arts lovers, Bob’s family requests anyone who wishes to make a contribution to make a donation in his honor to Charleston Light Opera Guild, Children’s Theatre of Charleston or Kanawha Players – all organizations that sparked and nurtured his lifelong passion for live performance theater. Cunningham-Parker-Johnson Funeral Home assisted the family with cremation arrangements.

The family of Robert "Bob" Ross Patterson created this Life Tributes page to make it easy to share your memories.

Send flowers to the Patterson family.