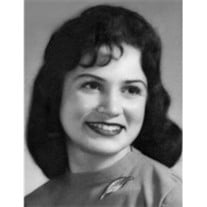 Sonya C. Price of Charleston died peacefully on April 20, 2018, after a valiant battle with cancer. She was 74. Sonya was born in Uniontown, Pennsylvania, the middle child of John and Elsie Caton. After graduating from South Union Township High School in 1961, she received a piano scholarship and attended Bridgewater College in Virginia as a double major in Chemistry and Music. It was there she met her future husband, Roger, and after getting married in 1962, the couple moved to Elkins, where Sonya went to work at the local block plant so Roger could complete his education at nearby Davis & Elkins College. After having her first child, Kenneth, in 1967, she became a full time mom, and continued that role with two other children, Kimberly and Angela, until 1979 when she returned to the workforce as the co-founder/owner/operator of the family business, Price Management Corporation. It was there that she worked until her retirement in 2012. Sonya held a wide array of interests, including cooking, baking, sewing, music, art, reading, and working on her computer. She could always be heard singing or whistling as she went about her daily routine, and was an accomplished piano player. Meals were made from scratch, and holidays came complete with traditional seven course dinners and enough homemade desserts to fill a bakery. Her baking skills were legendary throughout the neighborhood and throughout the grade schools that her children attended. She was also an avid animal lover and always enjoyed her pet cats, loved trips to the zoo and feeding the squirrels on the Capitol grounds with her daughter, Angela, and watching her daughter, Kimberly, ride in horse shows. She loved spotting the birds and squirrels, and the occasional deer, outside the house, and at one point even ran a "soup kitchen" for the wayward raccoons in the neighborhood. But her greatest passion was her family. She loved being a wife and a mom, and worked tirelessly for her family. From the routine cooking, cleaning and helping with homework, to the non-routine serving in the PTA, as a homeroom mother, a cub scout den mother, and a math field day coach, she was always there to participate in the lives of her family. She was also a Friend of the Charleston Ballet, where Angela danced, and routinely sewed costumes for the troupe's performances. Sonya always had a great kindness and compassion about her. Her house was always the gathering place for kids in the neighborhood to play, and she never met a person that wasn't offered a snack or a refreshing drink. One of her greatest joys of the holidays was shopping for others, especially those who were in need. Sonya was also a woman of strong faith. She was a member of Ruffner Memorial Presbyterian Church, and was instrumental in introducing her children to the Lord, not only through prayer and bible verse, but in the way she lived her life for others. Through a 34 year struggle with cancer, she never once complained or questioned her faith. It was her strength, faith, hope, compassion, and love that will always keep her close at heart for anyone who knew her, especially her family. Sonya is preceded in death by her parents, John and Elsie Caton, and her brother Jim Caton. She is survived by her husband of 56 years, Roger K. Price of Charleston, son Kenneth E. Price and wife Lynn of Nitro, daughter Kimberly M. Hill and husband Norman of Napier, daughter, Angela M. Price of Charleston, brother John Caton and wife Gloria of Oakridge, Tennessee, sister, Bertha Levin and husband Marc of Silver Spring, Maryland, brother, Paul Caton and wife Cindy of Indiana, Pennsylvania, sister-in-law Dee Caton of Kankakee, Illinois, one step-grandchild, and many nieces and nephews and great nieces and nephews, as well as her pet cat Scampie. A memorial service will be held at 3:00 PM on Saturday May 5, 2018 at Cunningham-Parker-Johnson funeral Home with the Rev. Dr. Todd Wright officiating. Visitation will be from 2:00 to 3:00 and following the service until 5:00. The family wishes to express sincere gratitude to the University of Pittsburgh Medical Center for their world class health care, to the HealthWell Foundation for their generosity, and to all those at Hubbard House West for their amazing tenderness and compassion. In lieu of flowers, memorial donations can be made to the HealthWell Foundation, 20440 Century Blvd., Suite 250, Germantown, MD 20874 (www.healthwellfoundation.org) or to Kanawha HospiceCare, 1606 Kanawha Blvd. W. Charleston, WV 25387 (www.hospicecarewv.org).

Sonya C. Price of Charleston died peacefully on April 20, 2018, after a valiant battle with cancer. She was 74. Sonya was born in Uniontown, Pennsylvania, the middle child of John and Elsie Caton. After graduating from South Union Township... View Obituary & Service Information

The family of Sonya C. Price created this Life Tributes page to make it easy to share your memories.

Send flowers to the Price family.